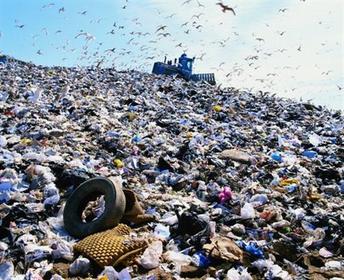 Shoes are a product of everyday use that everyone in the world owns; there are more than 20 billion pairs of shoes manufactured each year. However, too much of anything isn’t good as there are many environmental impacts of shoe industry that cannot be ignored much longer. Shoe manufacturing and shoes in general poses many threats to the wellbeing of our planet as many toxins, chemicals and fossil fuels are produced and leaked into the environment during the first and last steps in the shoe life cycle (refer to the video on the homepage for more information on the shoe life cycle). These chemicals are harming both the wildlife and humans that come in contact with them, which, in turn, causes many health problems. Also, shoe manufacturing produces large amounts of carbon dioxide which contributes to the already serious effects of climate change and global warming.


One of the largest environmental impacts of shoes come from the manufacturing stages of the shoe life cycle; and surprisingly, out of the people surveyed a majority of them believe that shoes only an environmental impact after they are thrown out. In the stage of manufacturing, large amounts of machinery and chemicals are required to produce shoes. To power these machines, a great amount of fossil fuels are needed and these fossil fuels produce greenhouse gases when burned. Coal is one of the sources of energy that used very often to power these factories as it quite cheap compared to oil or other sources of energy. Burning coal produces carbon dioxide which eventually ends up in our atmosphere, contributing the greenhouse effect, which is not a positive effect for the environment. On average, the production of one shoe produces 30 pounds of carbon dioxide and there are more than 15 billion shoes produced each year! Another aspect that is regularly overlooked and also contributes to the carbon dioxide emissions from shoes is the transportation. This is because transportation is fundamental to the marketing aspect of the shoe industry as most footwear manufacturing companies choose to build factories in third world companies for cheap labour. Since these factories are situated far away, transportation such as ships, airplanes and trucks are needed in order to deliver the goods to the retailers. Next, chemicals used in the manufacturing process also contribute to the negative impact that shoes have on the environment. Many chemical adhesives and tanning chemicals are used to process different parts of the shoe. An example of some of these chemicals include Chlorinated phenols , tribromphenol, chlorinated paraffins, dimethylfumarate etc, which are used to preserve the materials, such as leather, in shoes. These chemicals are easily leaked into the environment and water through the discharge from the factories. These chemicals can harm the wild life who may consume infected water or plants. To sum up, the manufacturing process of shoes poses many threats to the environment as there are large amounts of carbon dioxide produced and many chemicals are used to manufacture them.

The last step in the shoe life cycle, which is disposal, also contributes greatly to the environmental impacts of the shoe industry. According to statistics, 38% of students in Fletcher’s Meadow secondary school throw out their old shoes and 42% donate them. For the 38% who throw out their shoes, these shoes end up in landfills and can eventually end up contaminating the soil and even drinking water, much like many other  materials that are thrown out, as the chemicals used in the manufacturing slowly start to leak into soil as the shoe slowly starts decomposing. This has a huge effect on both wildlife and humans. This is because biomagnification and bioaccumulation can occur as wildlife that humans consume may have drunk the contaminated water or consumed contaminated plants. This can lead to many health defects including cancer. Ultimately, the disposal of shoes has a large impact on the environment much like the manufacturing as harmful chemicals start to leak into and contaminate the soil and water.

To help prevent these environmental impacts the best thing to do is to recycle or donate your used shoes so that they do not end up in the landfills. There are many programs that have been set up to help reduce the impacts of the disposal of shoes on the environment and one of the major ones that is actually created by one of the largest shoe companies (Nike) is called Reuse-a-shoe. In this program, Nike takes old used shoes and recycle the old materials and grinds them to be used as sports grounding for tennis courts, tracks etc. (To find out more check out the following links http://www.nike.com/us/en_us/c/better-world/stories/2013/05/reuse-a-shoe and http://nikeinc.com/pages/reuse-a-shoe). Another way you can help is by educating yourself and other about the negative impacts that shoes have on the environment so that you can help raise awareness of the issue.

To conclude, shoes have a large negative impact on the environment and this is something that cannot be ignored forever.


(check out the photos below) 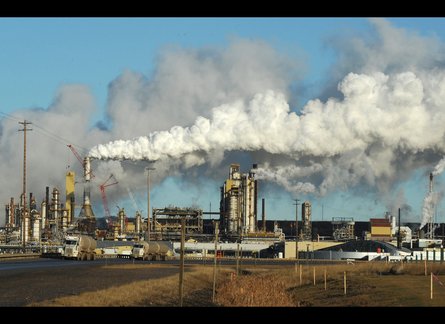 This is a picture of a shoe factory. As you can see, there is a large amount of carbon dioxide and other pollutants being pumped into our atmosphere. These greenhouse gases from the shoe industries are one of greatest contributors to global warming. 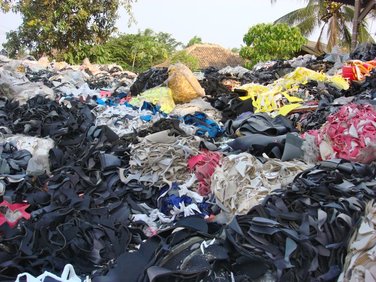 This is a photo of some of the left over materials that were simply tossed out by the factory  as they are no longer needed. These unused parts also end up in landfills but what is shocking is that it is all new and unused. 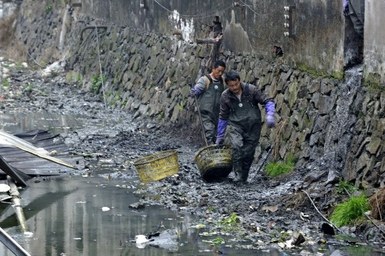 This is an image of one of the sites where pollutants from the factories are dumped. It is full of toxic pollutants that are very harmful to the health of any organism.