﻿WHERE SHOES ARE MADE (and working conditions at shoe factories)﻿ 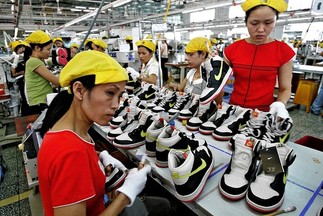 Much like the clothing industry, many of the manufacturing sites of the shoes industry are located abroad. However, they are not located just anywhere, they are located in developing countries. Why? You may ask; the answer is simple, these factories are located abroad in third world countries simply because of cheap labour costs. In these countries, labour costs, energy costs, transportation and cost for rent are all significantly cheaper than those in north America or in first world countries. Labour laws and minimum wage often do not exist in such countries.  This is why large companies, not only in the shoe industry, have situated their factories in these places. Cheap labour and energy contributes to the profit of the companies.

In these developing countries, the large majority of workers are poverty stricken and are desperate to find a job in order to support their families. This is the main reason as to why footwear companies situate their factories in such places. These workers often work long hours for an incredibly low wage. On average, Indonesian shoe factory workers make merely 50 cents an hour and work seven days a week usually more than 40 hours. Such oppression has caused conflict in the first world countries as certain people are highly against these actions.

Not only is the pay for these workers extremely low, but the working conditions that they face are often inhumane. Many of the workers handle chemicals which can be potentially harmful and carcinogenic, on a daily basis. They also often work long hours without breaks, as stated earlier. Some of the diseases found amoungst factory workers include dermatitis (skin irritations), liver damages, lung cancer, tetanus, anthrax, leptospirosis etc. These diseases are caused by the chemicals that are used to make shoes. Neuropathy is also a common disease found in workers, the cause if this is a constant inhalation of certain chemicals and adhesives used in the processing of shoes. Ultimately, chemicals are a large problem for factory workers as most of the time they do not even realize the potential harm that can be caused to their health when handling these chemicals.

To sum up, a majority of the manufacturing factories in the shoe industry are located in third world countries due to the fact that it is simply cheaper. In these factories the workers face many problems that are both mentally and physically exhausting. Workers also handle harmful chemicals, which they are often unaware of, which contribute to their diminishing health. Ultimately, shoe manufacturers are looking to maximize profit in any cost by lowering their manufacturing costs and at the same time harming the environment, which is why these factories are located in developing countries as cheap labour and cheap energy is easy to come across.

(scroll down to see more pictures) 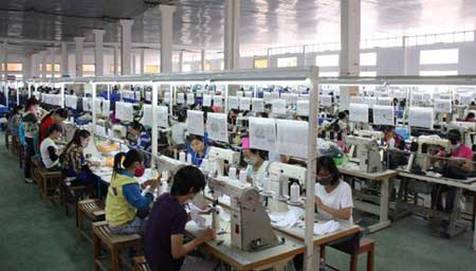 this is an image of factory workers diligently doing their job. they are wearing face masks most likely due to the smell of chemicals in the factory. 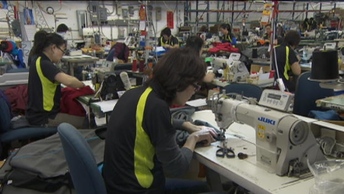 this is an image of shoe factory workers who are situated in a very tight space and are still working. 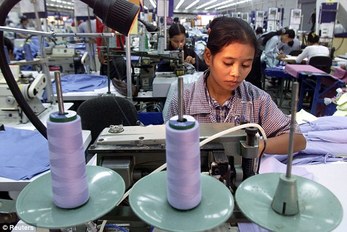 this is an image of a young girl working in a factory full of machines. 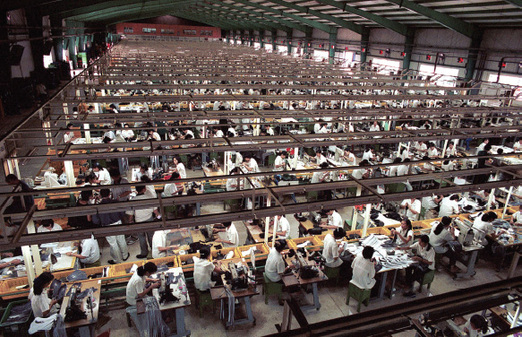 this is an aerial view of one of the many factories located in a third world country. It is quite evident that the conditions are unfavorable as there are many machines and it it quite crowded.